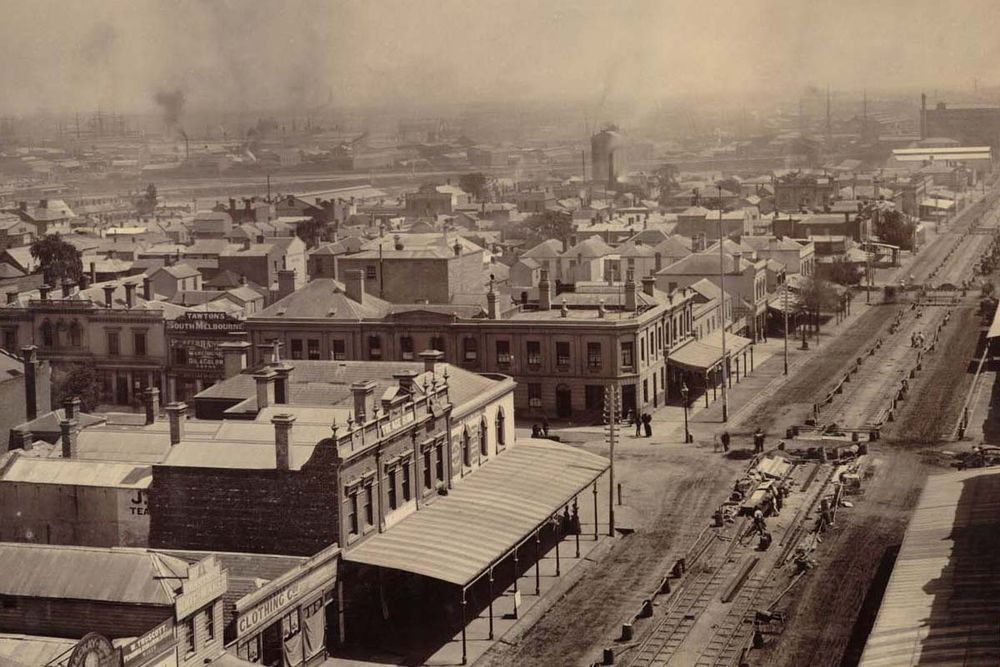 Join David Helms, heritage advisor at the City of Port Phillip for a tour of Clarendon Street’s heritage architecture and the Emerald Hill Estate.

Largely formed during Melbourne’s 1880s building boom on the back of the Gold Rush and subsequent rapid development of Melbourne as a city, Clarendon Street is studded with buildings created by some of Melbourne’s most prominent 19the century architects. Emerald Hill (as it was formerly known) was made a municipality in 1855 – the first outside central Melbourne and the City of Geelong.

The Emerald Hill Estate is situated on a 10-acre block formerly owned by the Melbourne Protestant Orphan Asylum and bounded by Clarendon, Park, Cecil and Dorcas streets.

The estate is historically and socially important for its extraordinary development as a leasehold rather than freehold precinct. This is a direct manifestation of its associations with the Melbourne Protestant Orphan Asylum who vacated the site in 1877 but insisted on this form of development, which in effect ensured the survival of this unique and homogeneous precinct.

The Emerald Hill Estate was listed on the Victorian Heritage Register in August 1982.

Take a guided tour with David Helms, heritage advisor at the City of Port Phillip for a tour of Clarendon Street’s heritage architecture and the Emerald Hill Estate. Glean insight into 19th century architects, architectural styles and a significant Victorian heritage conservation program.

There are three guided tours in this program. Visit the council website for more information and up-to-date program details.
https://www.portphillip.vic.gov.au/explore-the-city/history-and-heritage

You will be required to maintain social distancing and bring a mask. By attending the walk, you affirm that you are free of any COVID symptoms and have not been in touch with anyone who has COVID and have not been directed to isolate.

This walk will proceed regardless of inclement weather. Please note that there may be uneven surfaces along the way.

There is a waiting list for this walk so if you are no longer able to attend, please reply to cancel your booking.

Presented with the Clarendon and Coventry Business Association.