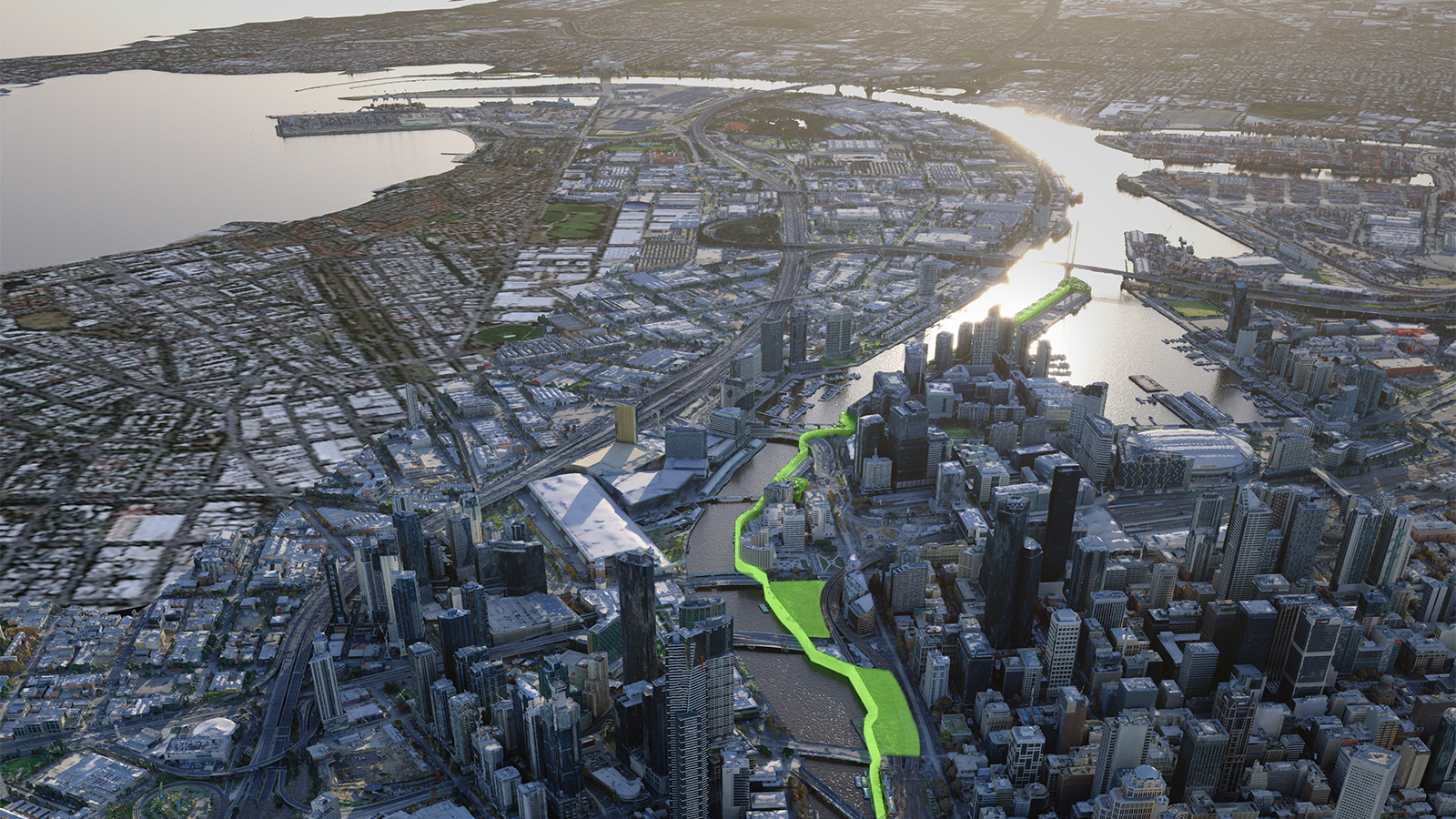 Join City of Melbourne’s Lord Mayor Sally Capp for Greenline: The Big Picture and learn more about the vision for this city-shaping project that will transform the north bank of the Yarra River – Birrarung.

Delivering an uninterrupted, 4km journey from Birrarung Marr to the Bolte Bridge, the Greenline will become a premier destination for Melbourne and celebrate the rich Aboriginal culture and city heritage, while enhancing the river environment.

Hosted by Open House Melbourne’s President of the Board, Stuart Harrison, the event will include an informal presentation by the Lord Mayor, a panel discussion exploring the ‘big picture’ design strategy for the project and its contribution to Melbourne’s built and natural environment. The event includes a Q+A session for audience participation.

Learn about the vision for this city-shaping project and its contribution to the built and natural environment.

Presented by City of Melbourne, supported by Arbory Afloat.

Open Nature is part of Melbourne Design Week 2022, an initiative of the Victorian Government, Creative Victoria in collaboration with the NGV.

Open Nature programming takes place on what always was and always will be Aboriginal lands. We respectfully acknowledge the Traditional Owners of these lands; the Wurundjeri Woi Wurrung and the Boon Wurrung clans of the Kulin Nation and the Brataualung, Brayakaulung, Brabralung, Krauatungalung and Tatungalung clans of the Gunaikurnai Nation, and recognise their continuing connection to land, waters and culture. We pay our respects to Elders past, present and emerging, as well as to all Aboriginal and Torres Strait Islander people in the wider Melbourne community and beyond. Indigenous sovereignty has never been ceded in Australia and we try to be mindful of this in everything we do, given our focus on the modern built environment.