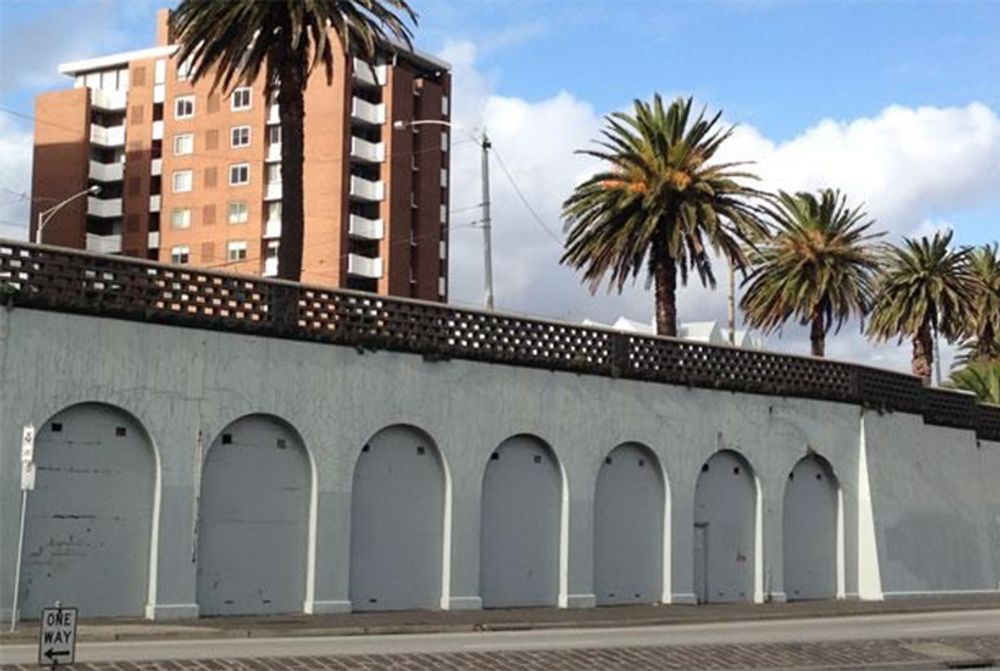 Beneath the streets of St Kilda and largely unseen by the public, the St Kilda Foreshore Vaults were once a hub of beach going life. Built in 1891, this prominent historical site has laid dormant for countless years.

In the 1890s, public transport on the Esplanade was upgraded with a new cable tramway replacing the old horse-drawn omnibus, managed by the Melbourne Tramway & Omnibus Company. The upper Esplanade roadway needed to be widened to accommodate the new tram tracks. As part of the embankment works, provision was made for ten shops with arched ceilings facing onto the lower Esplanade and built into the supporting wall – now known as the Esplanade Vaults.

The shop verandas were removed in the 1950s. The vaults were bricked up when road widening took place in the 1970s, as the footpath was significantly reduced. The steps were covered over when the bridge was constructed in the early 1970s.

St Kilda Foreshore Vaults is one of the seven sites featured in Take Hold of the Clouds, a curated exhibition for the Weekend that embeds responsive works within Melbourne’s most-loved architectural spaces.

While the Vaults won’t be reopening for public access, this year they’re in our program as a special inclusion._ _The Vaults will showcase creative practitioner Kent Morris’s work Unvanished – Bunurong (St Kilda) Rainbow Lorikeet #2 (2022) as one of the seven sites featured in Take Hold of the Clouds. The curated exhibition embeds responsive works within Melbourne’s most-loved architectural spaces across the Weekend. More information here.

The St Kilda Foreshore Vaults is one of the seven sites featured in Take Hold of the Clouds, a curated exhibition for the Weekend that embeds responsive works within Melbourne's most-loved architectural spaces.