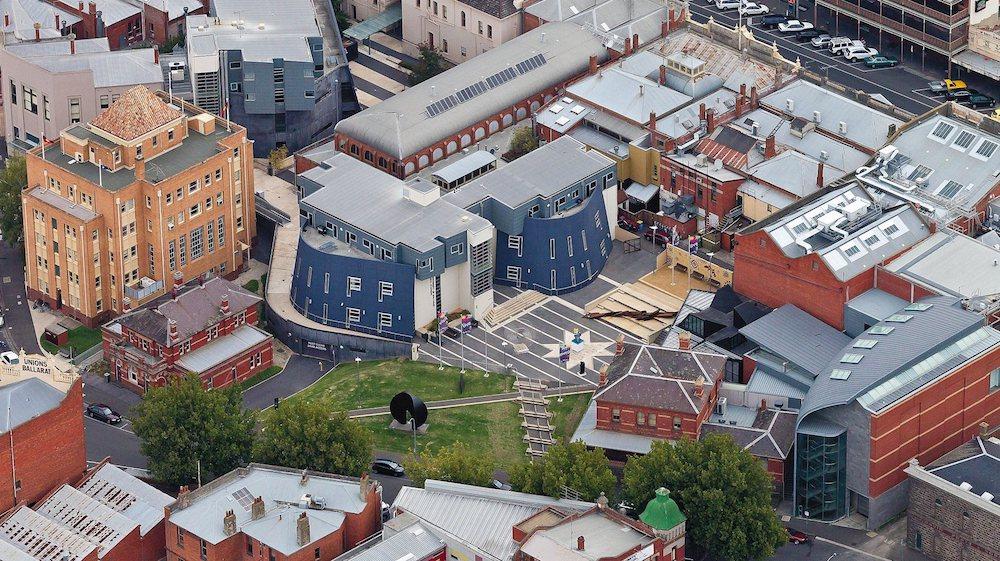 Federation University Australia’s Camp Street Campus has probably the most famous background of any University campus in Australia. Camp Street is so called because it was where the police pitched their camp on the high ground overlooking the diggings on the river flat below in the early 1850s. It was from this camp that the force of soldiers and police marched early on the morning of 3 December 1854 to attack the stockade erected by miners on the Eureka lead. In the years after 1854, the area around Camp Street was mostly used by governments as public buildings for various functions. Most of these functions had moved elsewhere by the mid-1990s. That created the opportunity to develop this main campus for the Arts Academy. The Camp Street Campus opened in February 2002. It is the centrepiece of the central Ballarat Arts Precinct with the Ballarat Fine Art Gallery adjoining the Campus at the northern end and Her Majesty’s Theatre a little to the south along Lydiard Street. The Campus incorporates four former public services buildings and two new buildings.