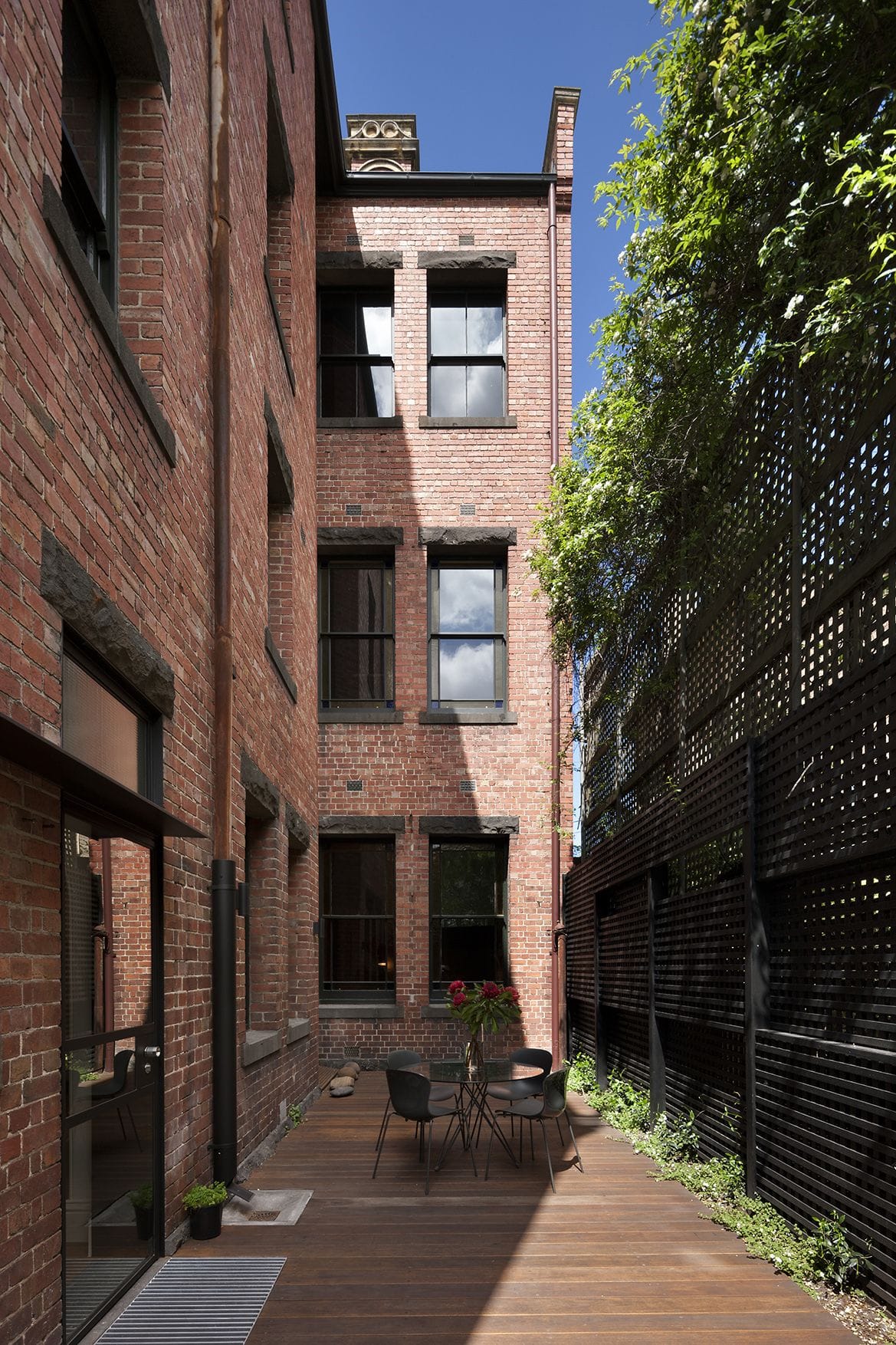 The Heritage listed building ‘Queen Bess Row’ was built in 1886 in the wealth of the gold rush, designed by renowned local architects Tappin Gilbert and Dennehy, and renovated by ZGA STUDIO in 2012.

This is the story of a historic house regaining its dignity and liveliness in the context of the 21st century, informed by its current owners’ passion for design and the artworld.

The Heritage listed building ‘Queen Bess Row’ was built in 1886 in the wealth of the gold rush, designed by renowned local architects Tappin Gilbert and Dennehy. Now three separate dwellings, this adaptable building has accommodated a Temperance Hotel, doss house and was one of Melbourne’s first converted apartment buildings. It is a beautiful example of Queen Anne style set over 4 levels and two staircases.

The alterations respond to the narrative of the existing building, embracing the honesty of a modern approach to interventions while avoiding nostalgia or imitation. The existing house demonstrates forethought for technological improvements such as risers for flushing toilets, with these unusual and individual features carefully preserved and referenced in the renovation.

The project explores memory and marking; contrast and adaptability of existing and new elements; and uncovers evidence of past stories to translate to the present. The result is a dynamic and individual house which, like a family history, lives in the present while reflecting the many influences its seen throughout its lifetime.

A behind-the-scenes look at the project evolution and outcomes for Queen Bess, East Melbourne:

Here is an overview of ZGA STUDIO and the architectural process involved in residential (housing) projects. It explores who they are, what motivates them, the stages of the process, and how they work – as well as their long-sighted vision for positive change in the future:

Architect Zoe Geyer of ZGA STUDIO will walk you through the renovations to this Heritage house, and answer any queries in a live Q&A session.

Catch up and watch below.